Implementation of Best Management Practices on ships as well as good coordination onshore can help deter and resolve attacks on ships.

IMO Secretary-General Kitack Lim has expressed his deep concern about the escalation in the number and severity of attacks on ships and crew in the Gulf of Guinea region. He insisted on the need for all stakeholders to work together to restore security and reduce the threats to the safety and security of crews and vessels operating in the region.

The urgency of the situation has been underlined by the attack on the container ship Mozart on 23 January 2021, which resulted in a fatality and the kidnapping of 15 seafarers.

In a circular letter (No. 4382, issued 10 February), the Secretary-General said that IMO has been taking action to enhance the coordination of initiatives among stakeholders, including facilitating meetings with representatives of the industry, the Nigeria Maritime Administration and Safety Agency (NIMASA) and the Interregional Coordination Centre for the Implementation of Regional Strategy for Maritime Safety and Security in Central and West Africa (ICC).

IMO intends to convene a maritime security working group focusing on the Gulf of Guinea at the next session of the Maritime Safety Committee, MSC 103, scheduled to take place in May 2021. This will provide an opportunity for Member States and international organizations to discuss further collaboration and possible action to address the existing problems.

IMO continues to provide technical assistance to Member States in the region regarding the implementation of maritime security measures. The Organization is currently working with the Interregional Coordination Centre (ICC) to assist with the implementation of the Yaoundé Code of Conduct (YCC), a regional code aimed at enhancing maritime security and addressing piracy, armed robbery against ships, illegal fishing and other illicit maritime activity.

The IMO West and Central Africa Maritime Security Trust Fund enables the Organization’s maritime security capacity-building programme to assist Gulf of Guinea coastal States as well as regional centres under the framework of the Yaoundé Code of Conduct.

Facts about the Gulf of Guinea

A comprehensive list of recommendations and guidance adopted/approved by the Maritime Safety Committee on the prevention and response to acts of piracy and armed robbery against ships can be found in the “Guidance on piracy” section of IMO’s maritime security webpage at: https://www.imo.org/en/OurWork/Security/Pages/Piracy-GuidanceDefault.aspx

This article is shared by courtesy of International Maritime Organization (IMO).

Images provided by Inter-Regional Coordination Center (ICC) Yaoundé, Cameroon. They relate to an attempted attack on 7 February 2021, when the Oil/Chemical tanker M/V SEA PHANTOM was boarded by suspected pirates on the high seas off Sao Tome & Principe.

Email in shipping, a farewell

A call to all female maritime professionals 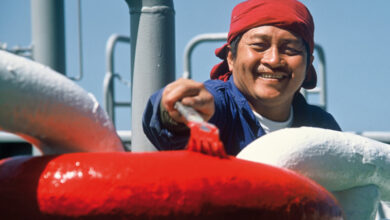 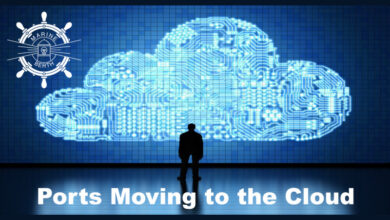 5 reasons why ports are turning to cloud computing services 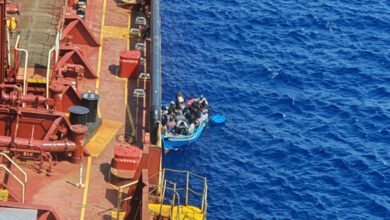 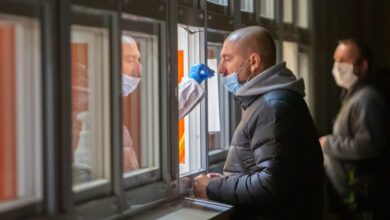