‘Limbo’ is the word Bob Blake uses to describe the 2020 Brexit transition period.
“If you did nothing, you would not be ready. But if you did something, it would cost money and you might find you had wasted time and incurred costs getting ready for something that you didn’t need to be ready for.”

Blake, managing director at Admiral Harding, says: “We were hoping for a deal, but we had to prepare for the worst. We had to assume there would be no deal and be ready for that. Of course, there was a lot of HMRC toing and froing, asking what we needed to do and when we needed to do it by. We sometimes didn’t get a lot of sense and we would get one government department telling us something totally different to another.”

For a company supplying goods and services to the global shipping industry, not being ready wasn’t an option. But there were frustrations. In preparation for a possible ‘no deal’, movement guarantees had to be put in place, to cover liability for duty if goods were lost in transit or failed to reach their consignee.

“Normally, when taking a lorry load of duty free/bonded goods from the UK into all the European countries, you just filled in the paperwork and off you went,” says Blake. “For the movement guarantee, the HMRC states a blanket amount required – based on the average of what you would export over 12 months. You have to get a bank to put up the guarantee and you have to pay for setting this up. We put it all in place – then we didn’t need it, because there was a deal.”

In the early weeks of 2021, Admiral Harding has not encountered any significant problems. “The paperwork is time-consuming, but it can be done. We had the foresight to lay in a considerable amount of stock in October/November – we bought three months’ stock in advance – so there would be a period of time when we weren’t needing to import.”

Diane Fitzwater, director at AJS Marine, says: “The fact that we are a freight forwarder and we deal with Customs worldwide, for imports and for exports, gave us a bit of an advantage. We are capable of adapting to Customs rules and regulations because we have been doing it for so long.”

AJS Marine, which supplies ships’ spares all over the world, was ‘bombarded’ with guidance and information from the UK government and tried to cover every angle, she says. “People said you couldn’t get prepared but there was always going to be a border and we knew things were going to change. We did whatever the government was saying.

“We created new paperwork and invoices, including all the information we were told would be needed, from tariff codes to insurance to country of origin. We got our EORI number. We made sure we could import into the Netherlands and export from there, so we were prepared as much as we could be.”

Fitzwater says Brexit was much more stressful before it happened rather than since. “Nobody seemed to know anything, it was so late in the day and we were getting conflicting messages. However, change is always accompanied by apprehension.”

AJS Marine, based in Canning Town, prepared for the worst-case scenario, expecting supply chain and border delays. And the reality? “I can’t say it is good but it isn’t as bad as I thought it would be,” she says.

“We brought in extra stock for some customers, including chemicals and medical supplies. We advised customers to make sure we had at least three months’ supply here in the UK to get us through to March, when everything should have fallen into place.”

Fitzwater highlights the fact that some big hauliers have temporarily withdrawn their services from the UK. “That means limited availability of groupage trucks to load, which of course has increased costs. Also, there are lots of trucks stuck in ports in the UK and Europe – they haven’t got through Customs because of incorrect paperwork.”

Unfortunately, getting your own paperwork correct doesn’t prevent your goods being delayed by others who have failed to do so, including in queues for the ferry.

Also, Fitzwater says: “If you are using a groupage firm with 20 people putting one pallet each on a truck, 20 people now have to get their paperwork correct before the truck can clear Customs. That is causing problems – perhaps 17 get it right, but the other three hold up the whole shipment.”

Add in the fact that there are not enough Customs agents, she says, and the problems and delays are multiplied. AJS has advised customers to use a full load dedicated service if possible.

Hull-based Turner-Price provides food services to a range of sectors, including hospitals, schools, pubs, clubs and the hospitality sector, as well as shipping and offshore. Tony Broadhead, shipping and offshore head of department at Turner-Price, says: “I think it is way too early to give anyone at this stage a true outcome of what we think will happen with us leaving Europe, as there are way too many questions and not enough answers from government and HMRC.

“Yes, we all knew Brexit was coming, but how do we prepare for it? Turner-Price is a very diverse company with many sides to it – food service, exports, hampers and shipping and offshore. Fortunately for the shipping and offshore side of the business, we buy only a small amount of stock from Europe; we are fortunate enough that our buying team can source the majority of our supplies here in the UK.

“However, knowing full well that things would become very difficult at the very start of Brexit, I decided to bring in extra stocks of the few lines that we bring in from the continent to cover us for at least the next three months.”

Has the situation had an impact on Turner-Price’s sales? “Sales are very strong for us, with a good number of customers enjoying our services. I still think it is too early to give you an honest answer of the long-term impact it may have – so for us, it is carry on and try to keep moving forward. We have a number of warehouses that are all well stocked, with no product issues as it stands.”

Managing director Josh Smith says: “During 2020, I received 10 to 15 emails a week inviting me to online webinars about leaving Europe, despite the fact that a deal with the EU had not been agreed. I didn’t want to pay thousands of pounds for something that wasn’t set in stone.

“I think Brexit is more concerning for companies manufacturing perishable goods. We manufacture lifesaving equipment, most of which is air freighted to destinations including the USA, Singapore, Australia and Europe. Everything we supply is made in the UK – even the castings are manufactured here.”

QMI receives equipment for repair from ships all around the world – since Brexit it has only experienced minor delays, mainly due to backlog at the ports rather than issues with paperwork, says Smith.

In preparation for Brexit, QMI obtained an EORI number, checked the new commodity codes for shipping out its products and amended accounting practices because of taxation changes. So far there have been no major issues, he says. However, QMI represents a Finnish company supplying float switches to the UK market.
“Before we left the EU, we doubled the stock we hold to avoid supply issues until more was known about the implications of Brexit.”

There is optimism. Tony Broadhead says: “Whatever Brexit deal we got, we knew that in the first three months borders would tighten up and it would make things very difficult. However, I think once everybody has the hang of what is going on and understands it a little bit more, things will become much easier.”

Diane Fitzwater is positive about the opportunities ahead. “Because we are experienced with Customs – we have always run a Customs bonded warehouse in the UK – customers can feel confident that we will prepare everything correctly for them. We have had quite a few enquiries for potential new business, and we have just registered ourselves as Customs agents.”

This article is shared by courtesy of IMPA – the Leading Association for Marine Purchasing and Supply Professionals across the globe.

From drawing board to Oceanbird 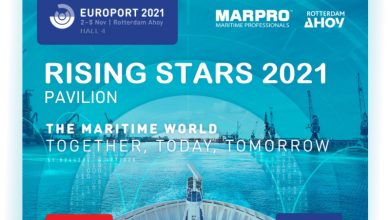 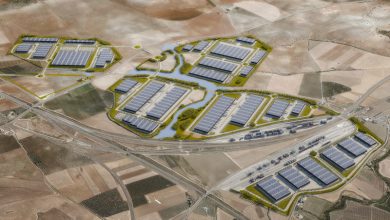 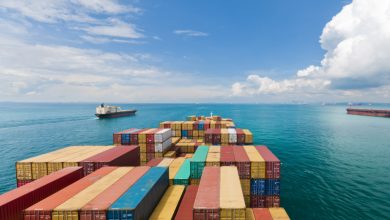 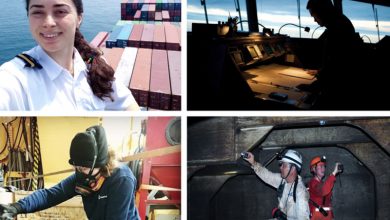 What it’s like to be a seafarer during COVID-19?